Compressed nerves, known more commonly as “pinched nerves,” cause pain in areas around the affected nerve and elsewhere in the body. Triple board-certified plastic and reconstructive surgeon, John R. Barbour, MD, FACS, is a fellowship trained hand and peripheral nerve specialist who offers nerve decompression treatments for the residents of the Washington, DC, area, including Fairfax, Arlington, Alexandria and surrounding communities in Virginia.

Carpal tunnel syndrome is due to a compressed median nerve at the wrist. The pinched nerve causes pain on the inner part of the forearm up to the elbow, but usually not past the elbow. There is decreased feeling with pins and needles in the thumb, index, and long fingers. A classic association of carpal tunnel syndrome is waking up at night and shaking your hand to make it feel better.

Conditions associated with carpal tunnel syndrome include diabetes, renal failure, trauma to the wrist including broken wrists, obesity, arthritis in the neck, and pregnancy.

Patients with mild carpal tunnel syndrome frequently wear night splints to lower the pressure on the nerve. The splints prevent bending of the wrist at night, and so the median nerve is not in a bent and compressed position. Patients with symptoms not responsive to splinting or with thumb weakness are generally considered candidates for surgery.

Cubital tunnel syndrome is due to a pinched or compressed ulnar nerve at the elbow. Compression of this nerve causes pins and needles to be felt in the small finger and the ring finger and occasionally bending of the two fingers in the form of a claw. In moderate to severe cases, there can be weakness in the small muscles of the hand, clumsiness, and even decreased grip strength. In very severe cases of a compressed nerve at the elbow, there is atrophy or weakness of the muscles of the hand and/or forearm. This is sometimes obvious in the muscles on the back of the hand between the thumb and the index finger.

The ulnar nerve at the elbow is most irritated when the elbow is bent, and so keeping the elbow straight helps to relieve pressure on the nerve.  This is most important when patients are sleeping at night. A splint is often prescribed, and the padded part of the splint is worn on the inside of the elbow to keep the arm straight.

In instances when a patient fails to improve, develops weakness in the hand, and has nerve electrical studies show slowing of the nerve at the elbow, peripheral nerve specialists frequently recommend a surgical release or decompression of the nerve. There are several techniques by which the nerve can be released. In instances where the muscles of the hand are very weak, Dr. Barbour occasionally recommends an additional procedure to increase the strength in the hand, called a supercharge nerve transfer.  This nerve transfer increases the number of nerve fibers receiving the hand to prevent irreversible weakness.

Radial tunnel syndrome is the least common of the nerve compression syndromes of the arm. Pinching of the radial nerve in the forearm can cause pain to radiate along the outside of the arm, centered around the elbow. The syndrome causes pain predominantly, and rarely causes weakness of extension of the fingers. It can occur in conjunction with the condition lateral epicondylitis or “tennis elbow”. Many patients improve with rest combined with physical therapy, and unfortunately, nerve conduction tests are often unreliable in making a diagnosis. Patients with well-diagnosed radial tunnel syndrome that is not responsive to conservative treatment are often improved with the surgical release of the radial nerve through a small incision on the back of the forearm just past the elbow.

Meralgia paresthetica is the term for compression of a branch of the nerves that gives normal sensation to the outside of the upper thigh.  This nerve is called the lateral femoral cutaneous nerve and it can be injured or compressed at any spot where it travels from the nerve roots near the spine down to the thigh region.  The nerve is often pinched between the bones, the ligament which forms the groin crease, or the muscles in the area.  Surgery in the groin area from hernia surgery or bone harvesting, as well as a history of massive weight loss, can predispose patients to pain from this nerve compression.  Pressure on this nerve causes feelings of numbness and/or burning pain along the front and outside part of the thigh, extending from the inside of the hip, the groin and the buttock areas down to the knee. Surgical exploration and decompression of this nerve can frequently improve the symptoms in patients with this condition.

Tarsal tunnel syndrome may be caused by systemic conditions, trauma to the ankle, or the natural shaping of the foot. Causes may include trauma to the ankle (including ankle sprains), diabetes that can cause swelling, or an enlarged ganglion cyst or a bone spur that compresses the nerve.  Proper diagnosis of a tarsal tunnel syndrome requires experience with the condition and complete history and examination.

Occasionally, diagnostic treating may include electrical testing such as a lower extremity EMG or nerve conduction study.  Possible treatment options may include anti-inflammatory medications or steroid injections into the nerves in the tarsal tunnel to relieve pressure and swelling. Orthotics may be recommended to reduce pressure on the foot and limit movement that could cause compression on the nerve.  Depending on the severity of the condition, one of many surgical options may be recommended, including tarsal tunnel release (decompression of the nerve surgically).

Peripheral nerve surgeons can treat foot drop: paralysis of the muscles below the knee that lift the front part of the foot, resulting in a foot that “hangs” at the ankle.

A person who has a foot drop may have difficulty walking and need to wear a brace on the leg. Possible causes of foot drop include lumbar disc herniation, damage to the peroneal nerve (usually near the knee) or damage to the nerve above the knee. A foot drop can begin after an injury to the back or leg, an operation on the knee, or even activities such as squatting for prolonged periods of time or crossing legs.

When the weakness is due to compression of the peroneal nerve, a simple operation can be performed. The peroneal nerve runs around the neck of bone on the outside of the leg (fibula) just below the knee. It then runs under a muscle that frequently has a tight fascial edge (the peroneus longus). At the point where the nerve runs under this muscle, this tight spot can be released and pressure eliminated. Many times, this is all that is required to restore function to the foot.

At times, these procedures will not be sufficient to restore the function of the foot. In such cases, nerve transfers can sometimes be used. This procedure involves taking nerves with less important roles — or branches of a nerve that perform redundant functions- and transferring them to restore function in a more crucial nerve that has been severely damaged.

A nerve transfer for correcting a foot drop may involve taking branches of the tibial nerve, which supplies muscles that push the foot down and transferring them to nerves that supply muscles involved in pulling the foot up. Either the branches of the tibial nerve that innervate the muscles that flex the toes or those that contribute to flexing the calf muscles may be used as donor nerves.

After this procedure, patients will still be able to push the foot down. However, as they regain function from the nerve transfer, they also will be trained to use these muscles to pull the foot up. The brain then learns this process, and the patient is able to pull the foot up simply by thinking about pulling the foot up. This can be a difficult transfer to re-educate and may require a physical therapist helps patients learn this technique.  Recovery of function after nerve transfer is a long process. Patients generally see small signs of recovery three to six months after the operation, but in most cases, return of movement takes six to 12 months.

Nerve decompression affects patients of all ages in the Washington, DC area, including Fairfax, Arlington, Alexandria and surrounding communities in Virginia. Contact Barbour Plastic Surgery to schedule a personal consultation and learn more about treatment options. 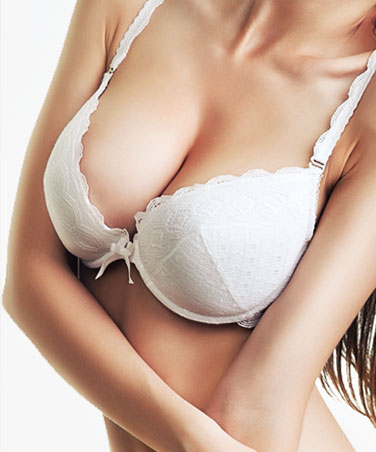 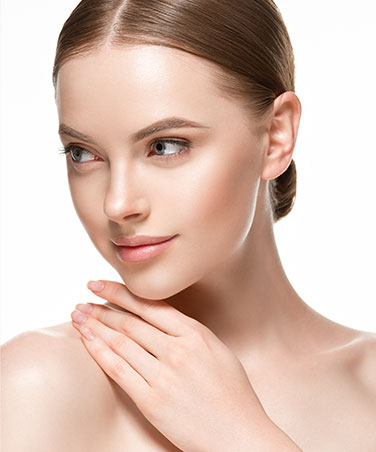 Dr. John Barbour combines the benefits of excellent surgical training with a caring and thoughtful approach to his patients. He previously served as the Director of the Peripheral Nerve Surgery Institute at Georgetown University Hospital and as an Assistant Professor of Plastic Surgery, and earned an adjunct appointment as Assistant Professor of Neurosurgery at the Georgetown University School of Medicine. Dr. Barbour is a triple board-certified plastic surgeon serving the national capital/Washington, DC area. Dr. Barbour is board-certified by both the American Board of Plastic Surgery and the American Board of Surgery with additional sub-certification in surgery of the hand. He has specialized fellowship training in both hand surgery and microvascular surgery, and specializes in complex nerve surgery, breast reconstruction and microsurgery.

Disclaimer: The information on this website is provided solely for educational and informational purposes. Nothing on this site is intended to constitute medical advice, consultation, recommendation, diagnosis or treatment.

Health Care Providers: Your use of this Site does not constitute a consultation with The Center for Restorative Nerve Surgery, Barbour Plastic Surgery, LLC, The INOVA Peripheral Nerve Institute, or Dr. Barbour. The website is not meant to serve as a substitute for your own clinical judgment as a healthcare professional. You should exercise your professional judgment in evaluating any information on this website and confirm the information made available with other sources before undertaking any treatment based on it. The website is not intended to set any standard of care.

Individuals Interested in Healthcare Services: Your use of this Site does not create a doctor-patient or treatment relationship with The Center for Restorative Nerve Surgery, Barbour Plastic Surgery, LLC, The INOVA Peripheral Nerve Institute, or Dr. Barbour. You should not rely on any information on the website as professional medical advice or use it to replace any relationship with your physician or qualified healthcare professional. For medical concerns, you should always consult your physician, or in serious cases, seek immediate assistance from emergency personnel.